FBM KLCI ‘earnings recession’ since 2013 is likely to end soon… The earnings growth path of Malaysia’s 30 largest listed corporations has been rather dismal during the past several years despite the continued macroeconomic expansions. The odd disconnect can be attributable, among others, to the higher aggregate weightage of commodity-related constituents, particularly from oil palm and oil & gas sectors, in the FBM KLCI vis-à-vis their weighted contributions to the overall economic output. On this score, it must be highlighted that, pursuant to the post-2008 recovery, world’s commodity prices in general (based on UBS Bloomberg CMCI Composite) reached their cyclical peak in 2011 period and the subsequent pullbacks saw further intensification last year. Nevertheless, the ‘earnings recession’ which began in 2013 is likely to end soon as commodity prices are believed to be bottoming out. Furthermore, domestic demand is expected to remain robust coupled with improving external conditions particularly among the industrialized economies. 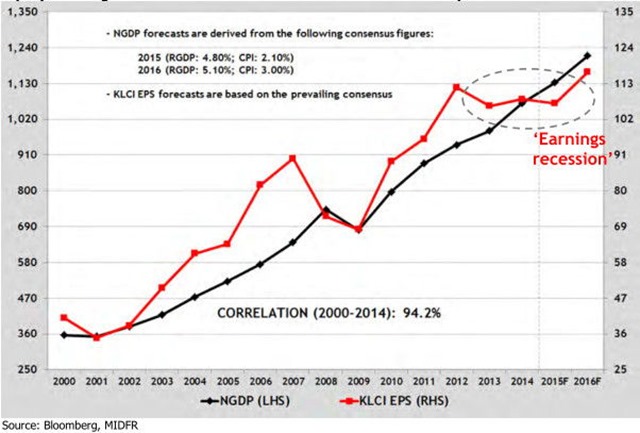 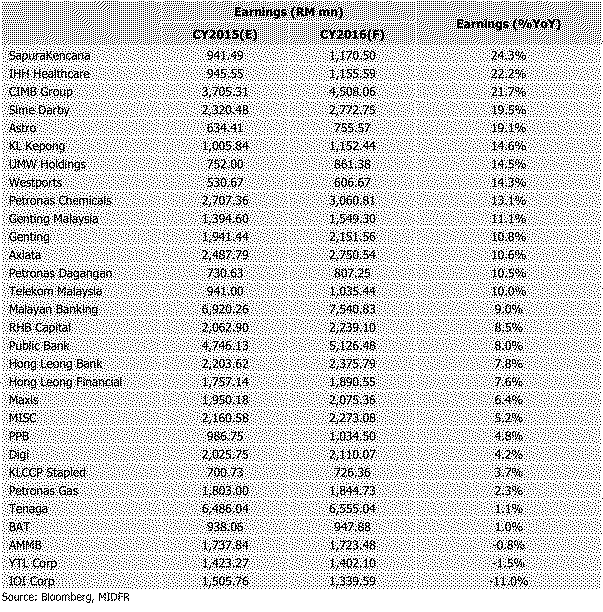 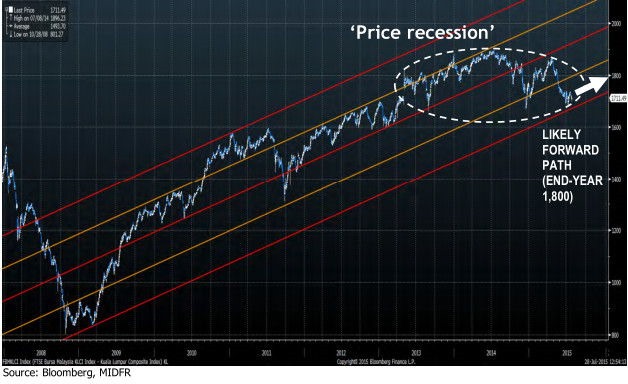 …albeit tepidly as forward valuation may be dragged by tightening liquidity. However, going forward, we expect ever tightening liquidity conditions pursuant to the unwinding of QE3 in last year and coupled with the prospect of US interest rate hikes beginning later this year. Thus, the pace of FBM KLCI price recovery may be restrained by the gradual moderation of its PER multiple.