TRACKING MONEY FLOW – MALAYSIA
•  Global funds’ aversion towards Malaysian equity is attested by the gradual but persistent outflows of late.The local bourse has received only two weeks of foreign fund inflows thus far in the fourth quarter of this year.
• Investors classified as “foreign” continued selling of Malaysian equity. These foreign investors sold a net total of –RM141.6m of Malaysian equity in the open market (i.e. excluding off-market deals) on Bursa last week, a clear rise over the -RM27.3m outflow in earlier week. 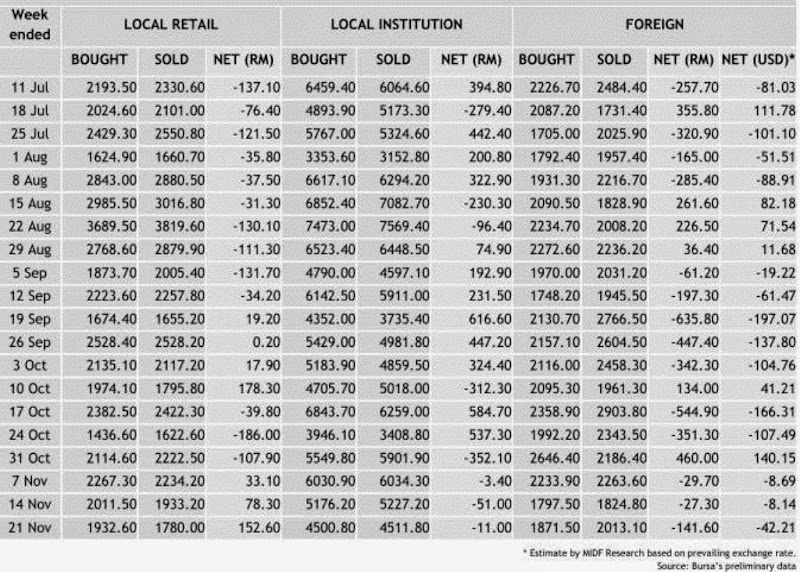 •  Foreign investors were net sellers on each day except for Tuesday last week. We saw the selling intensity from the previous week spilled over into Monday trading as –RM86m net foreign funds exited our bourse. This was followed by the emergence of RM102m net buying interest on Tuesday. However, it was net selling all the way for the remainder of the week. Thenceforth, fund outflows stood at -51m on Thursday before it ebbed slightly to –RM94m on Thursday and rose again to –RM58m on Friday.
•  On cumulative basis, foreign investors remained net sellers of Malaysian stocks in 2014. The net outflow as of last Friday had increased to –RM3.89b. In 2013, Malaysia reported a net inflow of RM3.03b. 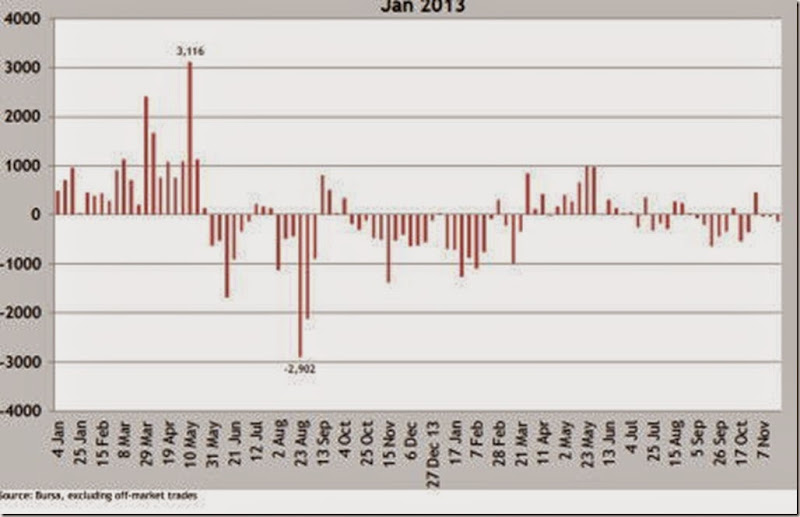