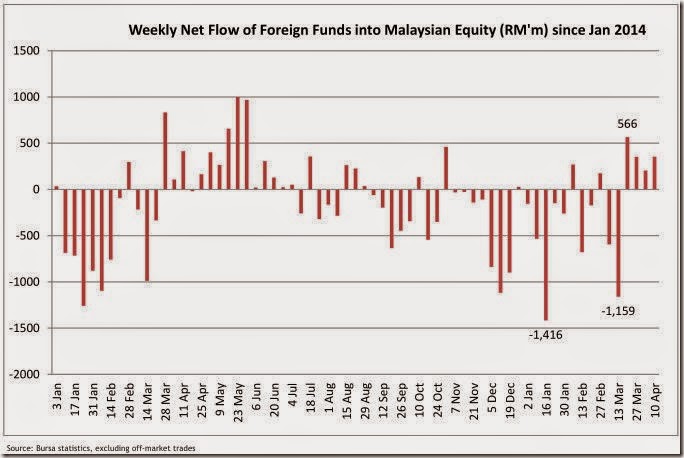 •  Investors classifi ed as “foreign” have been net buyers in the open market on Bursa (i.e excluding off-market deals) for four consecutive weeks now. The amount mopped up last week rose to RM354.4m, the highest in three weeks.
•  Foreign investors were net buyers every day last week, except on Thursday. Buying was aggressive on Tuesday, when a net amount of RM215.9m was mopped up. It was the 7th highest in a day this year. However, the purchases tapered swiftly and the buying mode shifted to fi rst gear in the rest of the week.
•  Last week’s purchase reduced further the cumulative net foreign outfl ow for 2015 to -RM3.10b. In comparison, the cumulative foreign outfl ow for the entire 2014 was -RM6.93b.
•  We note that the trading activity of foreign investors continue to decline. Foreign participation rate (daily average gross purchase and sale) fell for the third consecutive week to RM869m. It was almost as low as that during the Chinese New Year week.
•  Local investors were the main players in the market last week. Local institutions offl oaded -RM204.2m, the fourth consecutive week of selling. Participation rate remained elevated, rising to RM2.1b, the highest in a month. Local institutions have absorbed RM3.88b net so far this year. In 2014, they mopped up RM8.18b net.
•  Retailers continued to sell last week, clearing -RM150.2m. In the last four weeks, retailers have sold a cumulative -RM502m. Participation rate remained low at only RM728m. It had been below RM750m every week in the last four weeks. 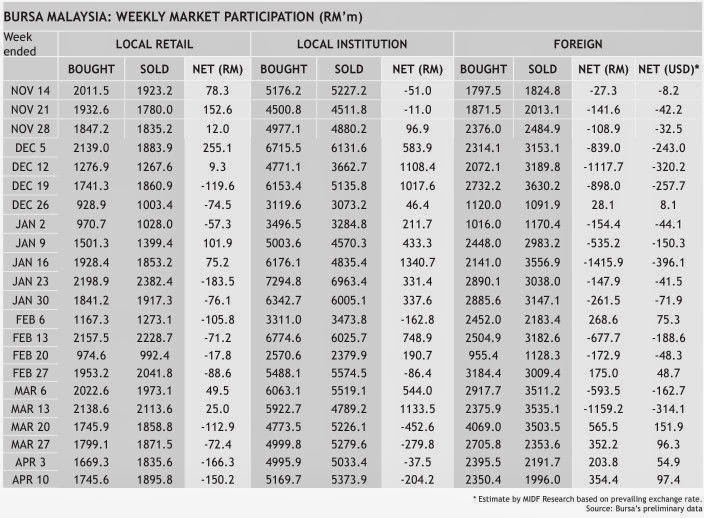 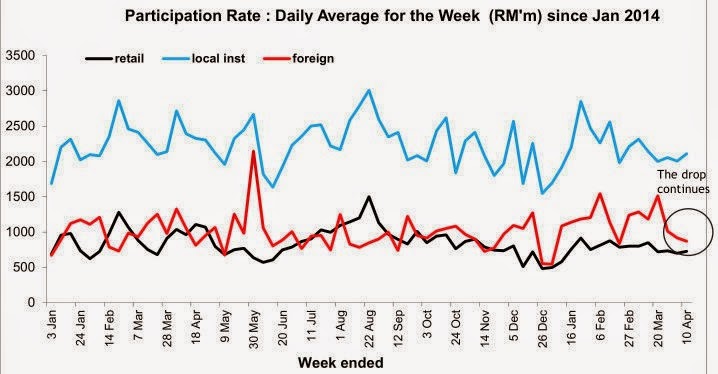